You are here: Home » Alumni » Testimonials 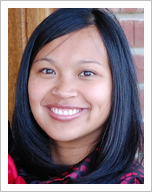 HANNAH YOUNG nee Olvida graduated SHCS in 2001 and earned a Bachelor of Education (Early Childhood) from University of Western Sydney in 2006. Armed with her Teaching degree, Hannah worked at SHCS full-time as a Primary School Teacher. Hannah married an American missionary to Australia in November 2007 and is currently a full-time mother to three children. “I am so happy that the Lord gave me this opportunity to become a mother. It is definitely hard, but it is the most rewarding job a woman can have”, Hannah said. Of SHCS, Hannah said “I will always treasure the friendship and advice of my teachers and colleagues. I will always have the word of God in my heart due to the monthly Scripture verses we were required to memorise. I also developed character because of the Bible-centred curriculum that was taught in SHCS. Lastly, I learned to be persistent and to take initiative which are important characteristics for future endeavours in life”. 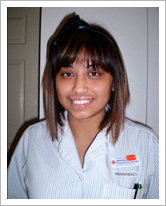 JEMIMA MORAL graduated Year 12 in 2006 and is currently a Registered Nurse at Liverpool Public Hospital. Jemima leads the youth ensemble at Sherwood Hills Baptist Church and helps distribute John and Romans booklets in various neighbourhoods. Since graduating from SHCS, she has travelled to various countries and has pursued learning to read/speak Japanese, as well as play the cello. According to Jemima, “the main thing that I found very valuable during my University years and work life was that I was accustomed to “goal setting”. At SHCS, I had to set goals for myself and as such, I noticed that studying on my own initiative was not too big a transition at all. Another important thing is that I made such great Christian, lifelong friends who have helped me keep grounded in my Christian values”. 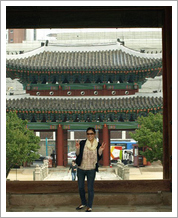 JAMIE VENTURA graduated Year 12 in 2004. After leaving SHCS, Jamie completed a Diploma of Business (Legal) Administration at TAFE (2005-2006) and then pursued a Bachelor of Laws and Graduate Diploma (Law) at UTS (2007-2010). Jamie enjoys travelling and has been to USA, Canada, South Korea and the Philippines. Jamie is a member of Fellowship Baptist Church in Moorebank, NSW.

PAUL KENT attended SHCS in 1979-1983 before training with the Fire Brigades and then studying at the NSW Ambulance Education Centre at Charles Sturt University. Paul has been a Senior Firefighter for the NSW Fire Brigade (1986-1993), an Aviation Rescue Firefighter (1993-1997) and is currently an Advanced Life Support Paramedic in Victoria. Paul is married to Samantha and has three children, Abby, Eva and Aya. Paul’s hobbies include furniture making, fly fishing, remote hiking and music. Paul says that “ACE taught me how to learn for life. The students were great; wished I’d been able to stay at the school for longer, and been able to send my daughters here”. Paul currently attends Wodonga Baptist Church and says that “Life doesn’t come together the day after you leave school. Just dive into life and hang on. Trust in the Lord to walk beside you.”